News
VoIP / News / Should SMBs fear hackers? The answer will surprise you!
Oct 23 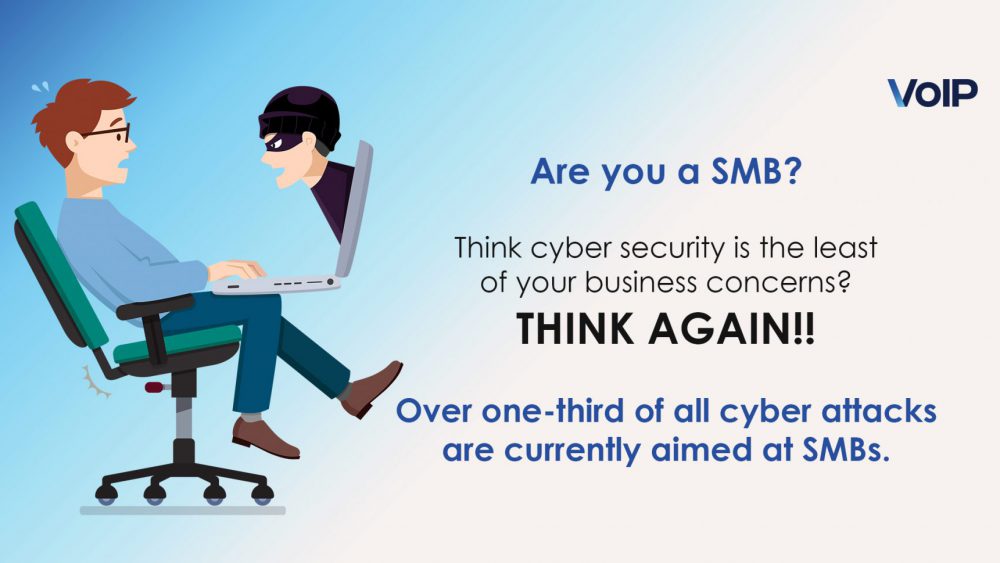 Should SMBs fear hackers? The answer will surprise you!

Every few months we learn about another major company falling victim to hackers, thousands of records being compromised and losses reaching millions of dollars. Only seldom – if ever – we hear that a small or medium-sized business (SMB) has been hacked. Does it mean SMBs aren’t in any real danger when it comes to cyber security in Australia? Actually, it’s quite the opposite.

Contrary to the popular belief, small businesses are subject to hacking significantly more often than their bigger counterparts. Over one-third of all cyber attacks is currently aimed at SMBs. More than half of breached SMBs go out of business a few months after an attack took place due to customers going elsewhere.

This doesn’t mean that your typical SMB ignores potential risks, as most are using at least a few security products. However, the security tools and off-the-shelf software they have in place usually only provide a basic level of protection.

With the threat landscape and hacker capabilities constantly evolving and expanding, whether you’re a large or small enterprise, your security strategy needs to adjust and include additional levels of protection.

Why aren’t SMBs mobilising to withstand cyber attacks? Despite being the main target of attacks, most SMBs don’t believe they are at risk. Let’s look into the three major SMB cyber security myths.

Myth #1: We have nothing worth taking

Theft of funds, ransoming data, stealing sensitive information aren’t limited solely to large companies – many hackers see SMBs as an ideal match for their goals. As a result, the number of SMBs experiencing data breaches is growing up at a rapid pace, even doubling up from one year to another.

Myth #2: We are too small to target

Hackers often see SMBs as very valuable targets, approaching them in volume-based attacks, in search of those with weakest defences. Phishing, vulnerability exploitation, and compromised accounts are the three components hackers exploit most often when it comes to these attacks.

Off-the-shelf firewall and antivirus aren’t enough to keep up with most hackers. 90% of ransomware doesn’t get stopped by firewalls anymore. And due to its sheer volume, most malware gets past antivirus protection.

How can SMBs effectively protect themselves?

It’s crucial to fill in the gaps in traditional security that have been created by the rapid progress in hacker technology and the huge number of attacks happening on a daily basis. The existing security protections have to be fortified with the help of additional advanced solutions that address the gaps between security provided by current products.

The first step is reviewing your existing security strategy, identifying business-critical data, existing threats to security, and acceptable risk level. The next one would be selecting the right solutions to effectively address your security priorities and bridge the gaps between the tools you have already in place.

Are you a SMB? Let’s talk elevating your security strategy with VOIP, so you can keep your company safe while running the business as usual.